New elements inscribed on the Representative List of ICH of Humanity 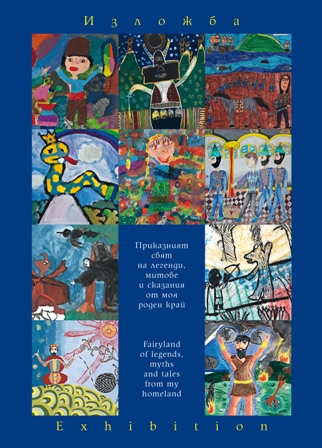 The exhibition of Children’s drawings from South-Eastern Europe “Fairyland of legends, myths and tales from my homeland” was opened by the Mayor of Sofia Yordanka Fandakova and UNESCO Director-General Irina Bokova.

On the opening ceremony on 1 December 2014, the Director-General of UNESCO, Ms Irina Bokova handed to the Mayor of Sofia, Yordanka Fandakova, a certificate proclaiming Sofia Creative City of Film.

Also, prizes were awarded to the winners of the contest as it follows:

Bulgaria is especially supportive of UNESCO’s programmes relating to the safeguarding of intangible cultural heritage, through the Regional UNESCO Category II Center for Safeguarding of Intangible Cultural Heritage in South-Eastern Europe hosted in Sofia. The Center also contributes to advancing the Organization’s strategic objectives and priorities in the area of culture and development.

More information about the opening ceremony and the contest