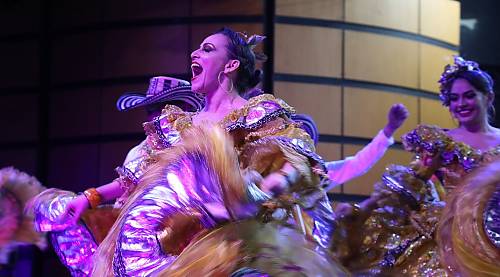 Among them 5 nominations are from the countries of South-East Europe.

Armenian letter art and its cultural expressions represents the centuries-old art of Armenian writing, the rich culture of decorating letters, and its numerous applications. The element is distinguished by its wide range of ornamental scripts, characterized by different shapes such as birds, animals and mythical creatures. Beyond its primary function to record and communicate information, Armenian letter art has penetrated almost all layers of society, particularly folk art. Educational institutions at all levels, youth centres and the Armenian Apostolic Church play a key role in its transmission.

Transhumance, the seasonal droving of livestock along migratory routes in the Mediterranean and Alps, is a form of pastoralism. Every year in spring and autumn, thousands of animals are driven by groups of herders along steady routes from dawn to dusk. The practice comprises horizontal transhumance, in plain or plateau regions, and vertical transhumance, typically in mountain regions. The practice shapes relations among people, animals and ecosystems and involves shared rituals and social practices, and is one of the most sustainable, efficient livestock farming methods.

As a living art spanning more than 2,000 years, the music system of the Byzantine chant is a significant cultural tradition that originated in the Byzantine Empire. Focused on musically enhancing the liturgical texts of the Greek Orthodox Church, it is inextricably linked to spiritual life and religious worship. This exclusively vocal music employs different rhythms to accentuate desired syllables of specific words. is transmitted through Church services and is flourishing thanks to the dedication of experts and non-experts alike.

Traditional Turkish archery – practised both on foot and on horseback – encompasses principles, rituals and social practices, the craftsmanship of traditional equipment manufacture, archery disciplines and shooting techniques that have evolved over centuries. Traditional archery equipment, generally decorated with calligraphy, ornaments and marquetry, is also a key component of the element, requiring specific skills and knowledge. Bearers and practitioners ensure the continued viability of the element by adapting it to contemporary conditions, and there has been a remarkable increase in female archers and trainees in recent years.

The tradition of Kosiv painted ceramics – dishes, ceremonial items, toys and tiles – arose in the 18th century and has a practical and artistic value. Made of local clay, the ceramics are characterized by their figurative designs, with the motifs depicting the history, life, folklore, beliefs and customs of the Hutsuls. Another characteristic feature of the ceramics is their traditional green, yellow and brown colours. Masters of the craft work in small, often family-owned workshops. The Kosiv College Department of Art Ceramics bears a special responsibility for sustaining the tradition.

Congratulations on the new inscriptions!