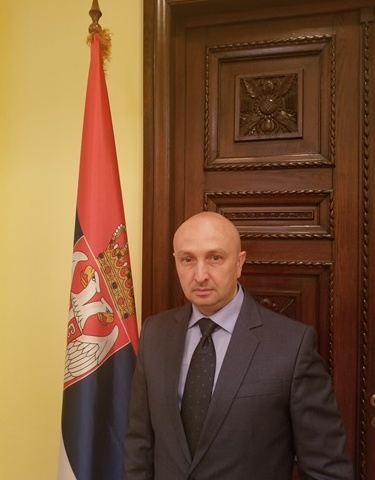 Bulgaria and Serbia have a lot of similarities in their cultural heritage. According to you, what shall be done in order to strengthen the cultural dialogue between the two countries?

Bulgaria and Serbia have many similarities in their cultural heritage. I can freely say that these are two neighboring countries, which are inextricably linked by numerous inspiring cultural ties, and almost the same tradition and customs. After a full two years of living here, I am inclined to say that we are one people with two different nations.

Which is your favorite element of intangible cultural heritage from Serbia, still not inscribed on the UNESCO Representative List of Intangible Cultural Heritage?

In both Serbia and Bulgaria, there are countless cultural values ​​and beauties that deserve to be recognized and included on the UNESCO list. Bearing in mind that when deciding and making a selection of some of the elements of intangible cultural heritage, it is not only about the specific taste and preference of each of us in a certain direction, era or style, so I would leave the opinions and decisions to professional individuals and institutions, that are present in large numbers in both countries, on what we are especially proud of.

How could culture strengthen the international relations of Serbia?

Every serious state bases its foreign policy to a large extent on culture, which presents itself in the best and most positive way to other actors in international relations. In that sense, it is clear that a country like Serbia, which has been pursuing a balanced policy for years, oriented towards peace, regional progress and stability, and which has a respectable cultural heritage, as well as a large number of young and educated people in culture and art, definitely can count on culture as one of its greatest trump cards in modern international relations. Through our culture and tradition, we show and prove our breadth, our firm commitment to these values, ​​on which modern Europe and the enlightened world rest.

What policies in the South-East European region are needed in order to popularize living heritage and its values among the young people?

In addition to creating conditions for young people to stay in our region, in addition to ensuring full political and security stability and economic prosperity, one of the key obligations of all SEE European countries is further intensive work on infrastructural connections, with which young people would get a chance to travel, to get to know each other and learn differences and tolerance, but also to see the advantages of this region, which are characterized primarily by natural beauty, and the mentioned diversity of cultures and traditions, which in their differences, in fact represent a fruitful connection.